Waterfall methodology follows a sequential, linear process and is the most popular version of the systems development life cycle (SDLC) for software engineering and IT projects. It is sometimes planned using a Gantt chart, a type of bar chart that shows the start and end dates for each task. Once one of the eight stages are complete, the development team moves onto the next step. The team can’t go back to a previous stage without starting the whole process from the beginning. And, before the team can move to the next stage, requirements may need to be reviewed and approved by the customer.

The Waterfall model originated in the manufacturing and construction industries, both highly structured environment where changes can be too expensive or sometimes impossible. The first formal description of Waterfall is attributed to Winston W. Royce in a 1970 article where he described a flawed software model.

Waterfall is best used for simple, unchanging projects. Its linear, rigid nature makes it easy to use and allows for in-depth documentation.

The advantages of Waterfall include:

The biggest drawback of Waterfall is how it handles change. Because Waterfall is a linear, sequential model, you can’t bounce between phases, even if unexpected changes occur. Once you’re done with a phase, that’s it.

Here’s more information on the disadvantages of Waterfall: 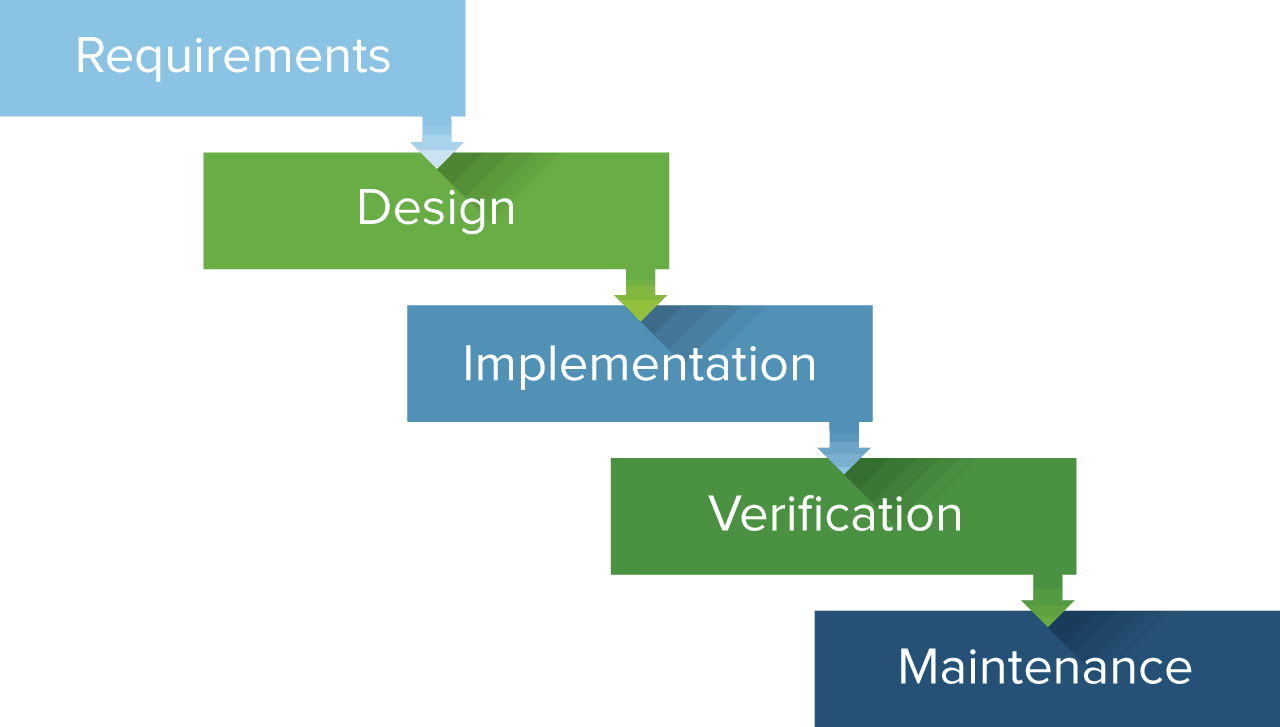 There are eight stages in Waterfall and they must all happen in sequential order. For example, the development team can’t go back to the analysis phase if they are in the testing phase.

How Waterfall Deals with Software Requirements

Waterfall projects define all software requirements upfront. The project cannot proceed unless these requirements have been identified and documented.

Some Waterfall projects may have a dedicated team to capture, collect, and gather these requirements. They may use questionnaires, face-to-face or phone interviews, white boards, and modeling tools to capture stakeholder and customer requirements.

Once the initial requirements are defined, the team should produce a requirements specification document (sometimes they may create more than one). This document defines what needs to be delivered so everyone understands the scope of the project.